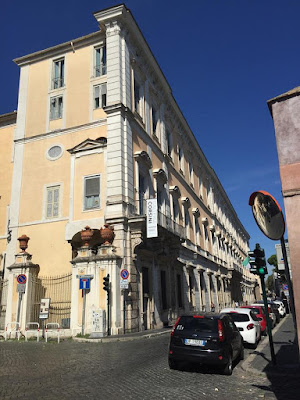 where: Via della Lungara, 10 Trastevere
getting there: not far from the Porta Settimiana and opposite Palazzo Farnesina
open: 8:30 to 19:00, closed Tuesdays, December 25th and January 1st
information: tickets are €12 for a combined ticket for both the Galleria Corsini and Galleria Barberini (valid for 10 days)

The Corsini Gallery is part of the Rome state-run Nazionale d'Arte Antica and although it isn't as large as its big sister gallery, the Barberini Gallery in the Palazzo Barberini, this beautiful and usually much quieter art collection is worthwhile visiting.
The gallery takes up the first floor of the late-Baroque Palazzo Corsini in Trastevere which was commissioned by Cardinal Neri Maria Corsini. The cardinal was nephew to Clement XII, pope from 1730 until 1740.
The gallery holds the personal collection of art works from Pope Clement XII, his nephew and was later added to by other members of the Corsini family.

In 1883 the palace and collection were sold to the state and opened to the public. 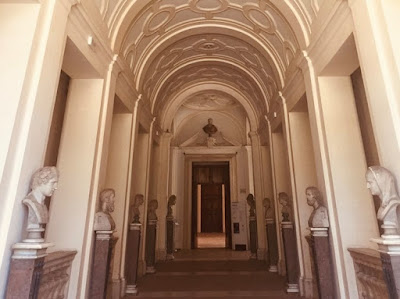