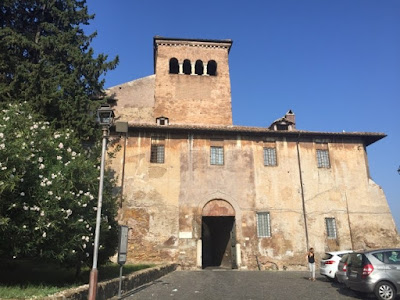 Santi Quattro Coronati is an ancient basilica dating to the 4th century, dedicated to four anonymous martyred saints.
The Medieval walls that surround the church and bell-tower that can be seen today, are from the rebuilding of the church in the 12th century after fire destroyed the original building in 1084 during the Norman sacking of Rome.
The fortress-like design protected a Cardinal's Palace and Benedictine Monastery.
In the 16th century Santi Quattro Coronati was assigned to the Augustinian Nuns and became a nunnery and an orphanage for young girls.

The interior of the basilica dates to the 12th century rebuilding. Around the walls are 14th century frescoes.
The large apse fresco in the main altar shows the Glory of Heaven and was painted in 1630 by Baroque artist, Giovanni da San Giovanni.
The second chapel on the left is the Cappella di San Sebastian. It holds the skull of the Saint and an altarpiece of Saints Irene and Lucina Tend the Wounds of San Sebastian by Baroque artist Giovanni Baglione.

Also on the left of the church is the entrance to the 13th century Cloisters. As the church is still a working nunnery it deserves respect and silence when visited, if the door is open it is permitted to enter.

Another interesting place to visit is the Cappella di San Silvestro, which may be open to visit via an entrance to the left of the courtyard next to the church entrance, at a cost of €1.
This chapel has vivid frescoes dating from the 13th century depicting scenes of Pope Sylvester I and Emperor Constantine. 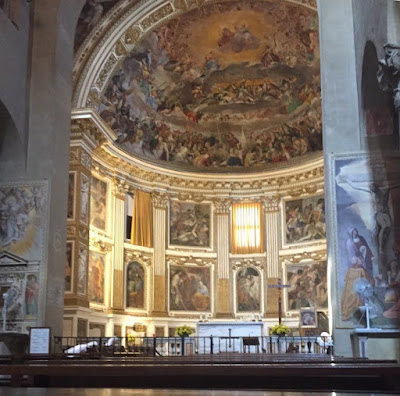 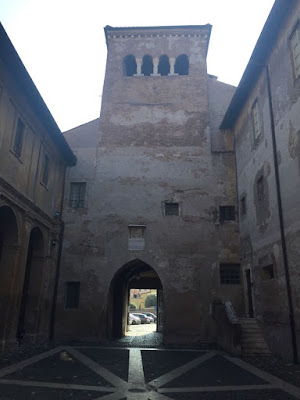