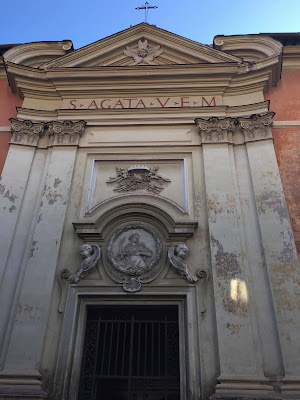 where: Via Mazzarino, 16
getting there: number 64 bus to Via Nazionale
open: 7:00–19:00
information: a sign on the building advises that there is also an entry at Via Panisperna


In between buildings on Via Mazzarino is the Baroque church of Sant'Agata dei Goti.
The facade was built in 1729 and above the doorway is a relief of Saint Agatha with her severed breast on a plate, with two cherubs either side. The saint was a 3rd century virgin martyr who was tortured and killed for refusing to recant her faith.
Although the main entrance of the church and its cool atrium is on this street there is a plaque on the building suggesting that the actual entrance is just around the corner via an alleyway on Via Panisperna, 29.
Inside is an apse fresco by Paolo Gismondi from the 17th century depicting the Glory of Saint Agatha.
The large gilt wooden statue of the saint in the chapel of Saint Agatha dates from the 18th century. 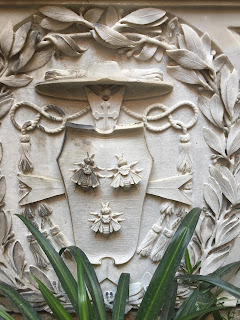 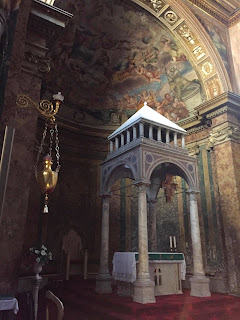 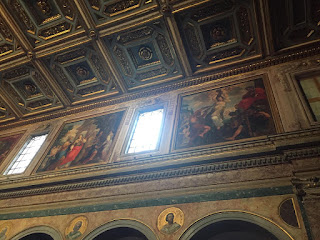 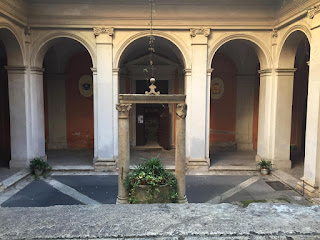