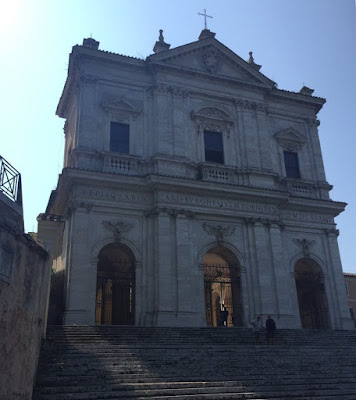 where: Piazza di San Gregorio
getting there: metro linea B/Ciro Massimo or Tram 3
open: daily 9:00–12:00 and 16:00–18:00
information: admittance to the church is gained by ringing the bell inside the courtyard then enter through the monastery

San Gregorio Magno al Celio is on the Caelian Hill, opposite the Palatine Hill, in the Piazza di San Gregorio.
The church is part of a Medieval monastery that was converted from the family villa of Gregory I before he became pope in the 6th century.
The church was renovated many times during the Middle Ages and Renaissance.
In 1573 the church and monastery was entrusted to the Camaldolese monks who still occupy San Gregorio today.
A new facade and stairway were commissioned by wealthy Cardinal Scipione Borghese, nephew to Pope Paul V, for the 1600 Jubilee Year and the Borghese family crest can be seen on the facade in the form of giant eagles and dragons over the three archways.
Between 1623 and 1633 the church was redesigned and rebuilt again under instructions from the Borghese cardinal.
The Baroque interior and decorative stucco work was by Francesco Ferrari and dates to 1725.
The central nave fresco (which is being protected by netting) showing The Glory of San Gregorio, was painted in 1734 by Placido Constanzi.
At the main altar is the Madonna and Saints Andrew and Gregory altarpiece by Antonio Balestra.
In the first chapel on the right is Saint Gregory as a Boy and His Mother by John Parker (1749). 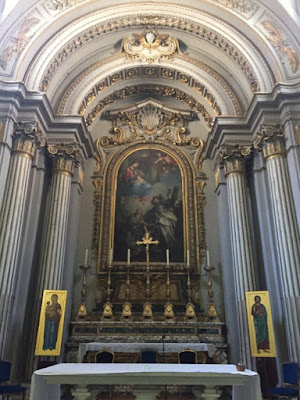 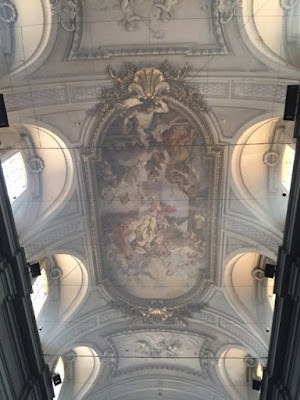 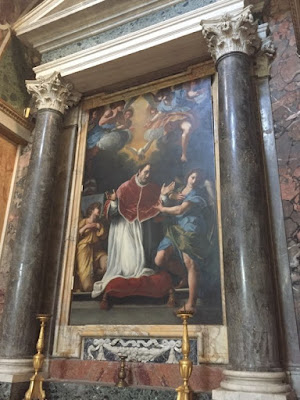 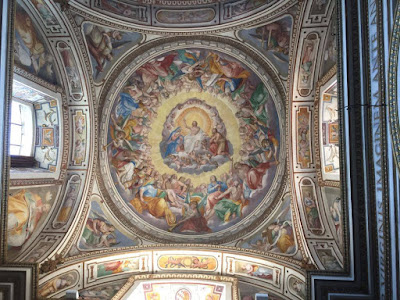 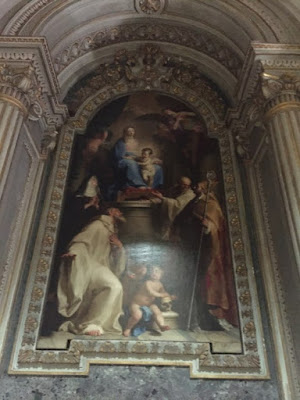 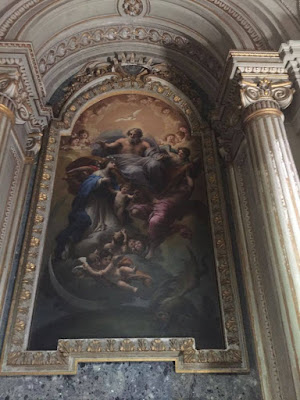 The buildings on the left of the church facade are the oratories of Santa Barbara (left), Saint Andrew (middle), and Santa Silvia (right) and were commissioned in the 17th century.
Unfortunately the opening times to visit the oratories seem unreliable. 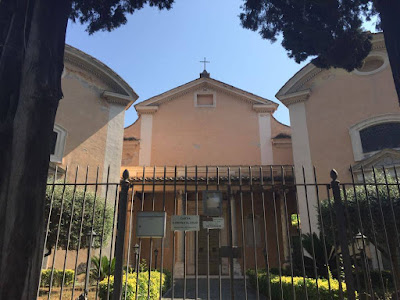