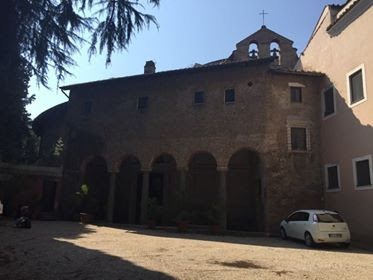 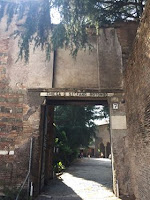 The minor basilica of Santo Stefano Rotando is on the Celio Hill, only a ten minute walk from the Colosseum.
The church originally dates to the 6th century and was commissioned by Pope Leo I and dedicated to Saint Stephen, whose body was taken from Jerusalem and placed here.
The church has a circular plan and is often visited by art lovers who wish to see the macabre frescoes dating from the 16th century depicting scenes of the Suffering of the Martyrs that circle the interior walls.
The graphic frescoes of death and torture were by late Renaissance artists Nicolò Circignani (il Pomerancio) and Antonio Tempesta and were commissioned by Pope Gregory XIII in 1583.
Under each painting of the Saint or Early Christian Martyr is a description in Latin and Italian explaining the method of execution under which Emperor's orders.

Underneath the church is a 2nd century Mithraeum that once belonged to a Roman soldiers' barracks in the neighbourhood that is being excavated. 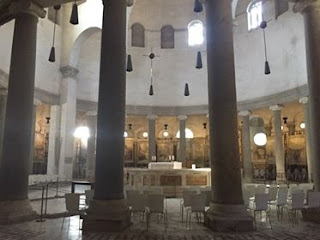 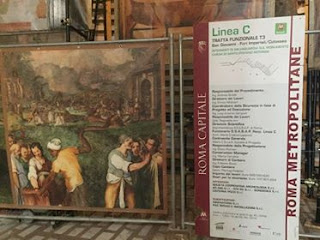 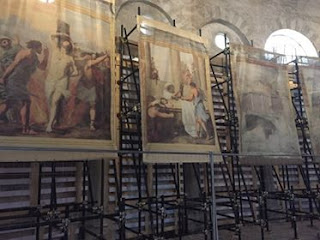 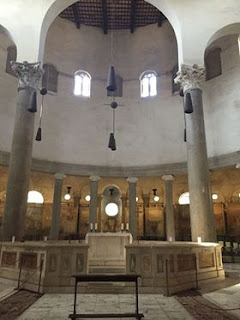