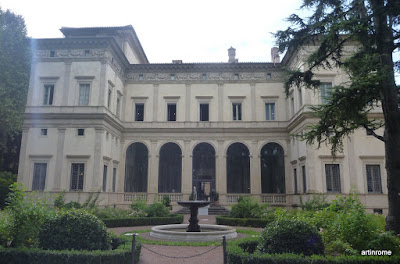 
I hadn't heard much about Villa Farnesina apart from seeing a street sign pointing in the general direction and telling me there was a fresco of Galatea by Raphael inside. So, on my exploration of Trastevere I found this serene villa on the street opposite the Corsini Gallery and wandered inside.
The villa and grounds are lovely and once belonged to papal banker Agostino Chigi who commissioned Raphael and his studio to decorate the villa with frescoes in the early 16th century. Towards the end of the 16th century it was bought by Cardinal Alessandro Farnese and the name changed to Villa Farnesina.
There are only about five rooms of the villa open to the public but I was amazed with the condition and colours of the frescoes painted by Raphael, il Sodoma, Giulio Romano and Giovanni da Udine. I was also lucky enough to be one of the few tourists visiting that day as it was in the month of August and a time when most people leave Rome to find some place cooler to holiday. 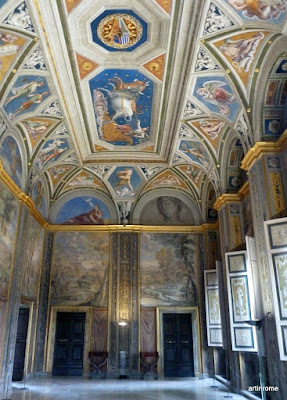 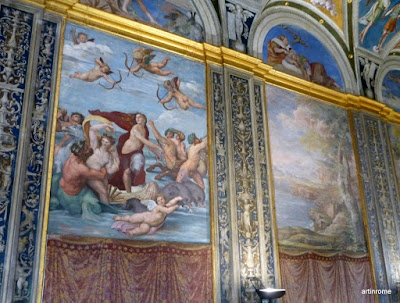 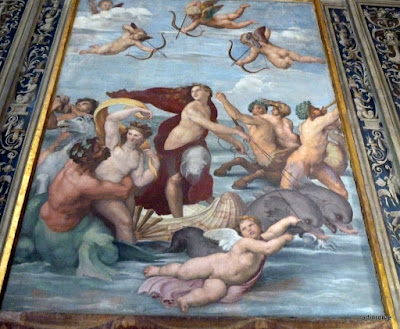 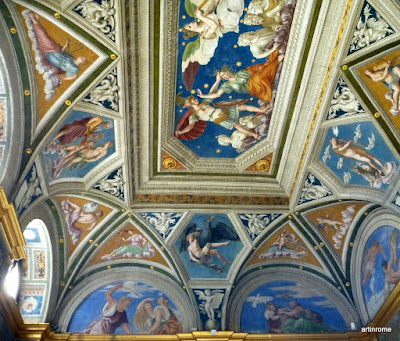 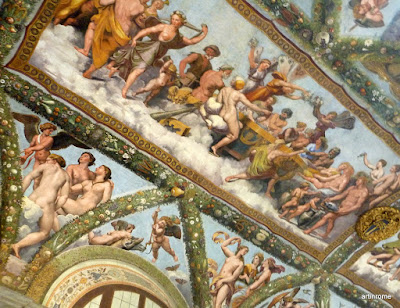 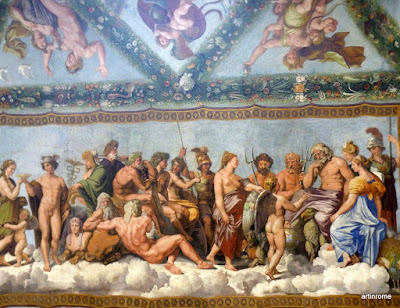 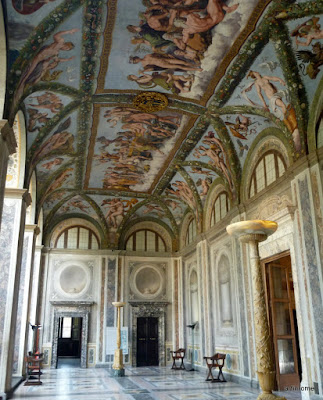 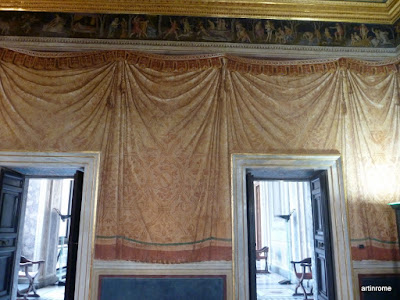 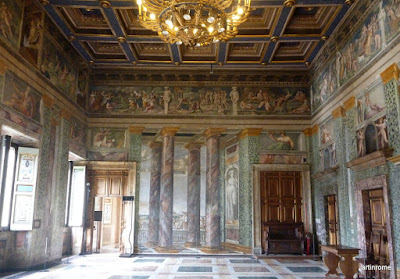