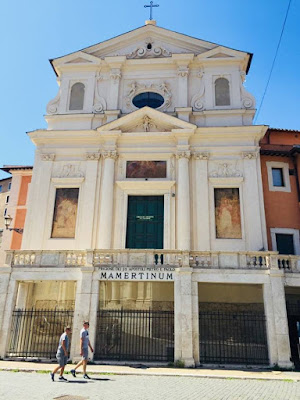 where: Via del Tulliano/opposite Santi Luca e Martina
getting there: from the Campidoglio, down the stairs leading to the Forum and the Arch of Septimius Severus
open: closed (in August 2018 the church roof collapsed)


San Giuseppe dei Falegnami is a 16th century church above the ancient Mamertine Prison (the prison supposedly held the apostles, Peter and Paul before their execution).
The church was dedicated to Saint Joseph, stepfather of Jesus and was funded by the Confraternity of the Carpenters.
1663 the church was redesigned in opulent Baroque style and in 1886 it underwent another restoration.

On the 30th of August 2018 the church suffered a major blow when the roof collapsed. Much damage was done and until the roof is stabilised and the damage is repaired both inside and out, the church will have to remain closed, probably for many years to come. 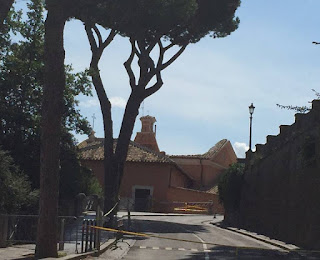 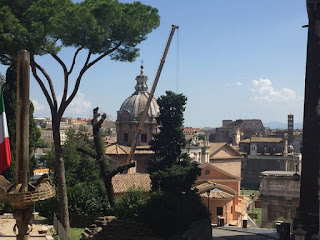