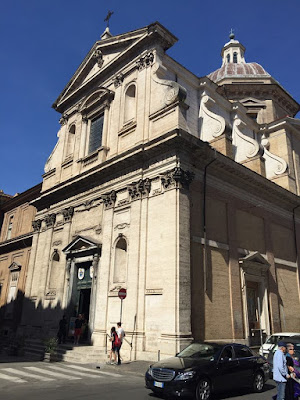 
Santa Maria ai Monti is a short walk from the Colosseum and close-by to San Pietro in Vincoli.
The church was commissioned by Pope Gregory XIII and built in 1580 to a smaller scale design similar to that of the Baroque church of il Gesù.

inside: At the main altar is an 14th century icon of  the Virgin Mary. The church was purpose built to hold this icon believed to cure the sick and the blind.
The apse was decorated by Giacinto Gimignani and Cristoforo Casolani. Casolani was also responsible for the frescoes of the Four Evangelists in the dome and the nave ceiling fresco.
Orazio Gentileschi and Cesare Nebbia contributed to the decoration of the dome with scenes of the Life of the Virgin.
In the first chapel on the right of the aisle is an altarpiece by Giovanni da San Giovanni of Saint Carlo Borromeo with the Madonna and Child.
In the third chapel on the right is an altarpiece by Paris Nogari.
On the left hand side, in the third chapel, is an altarpiece of  the Nativity by Girolamo Muziano. 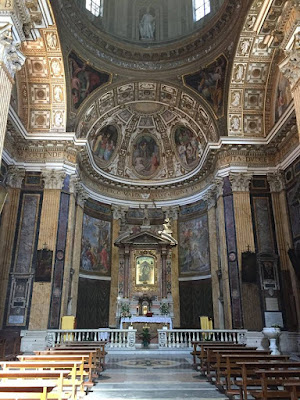 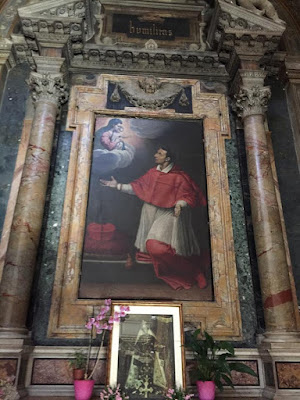 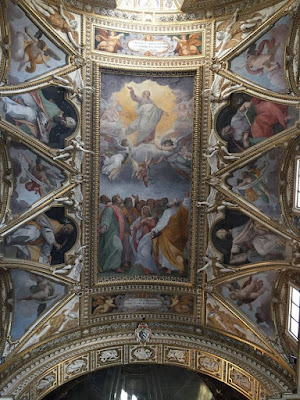