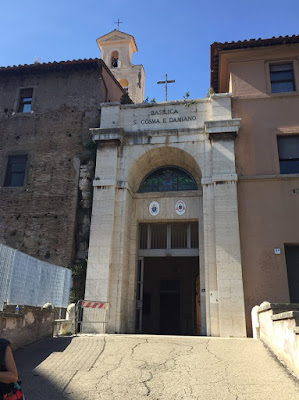 
The Basilica of Santi Cosma e Damiano is an ancient church from the 6th century built into the ruins of a 4th century Roman temple in the Forum dedicated to martyred brothers, Saints Cosmas and Damian, who were Arabian physicians.
The entrance to the church is via the cloisters of the 17th century monastery next door on the street leading to the Colosseum.

inside: The main altar has a beautiful apse mosaic dating from the 6th century (which can better be seen by using the coin-operated light) and it is this example of Byzantine mosaics that the church is visited for.
The the rest of the decorations of the church which date from the 1632 restoration look a little shabby and worst for wear.
The altarpiece by Giovanni Baglione is very damaged. It is here that the Baroque artist was buried. 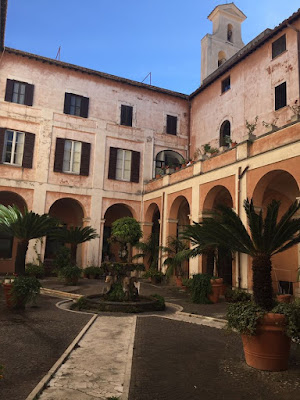 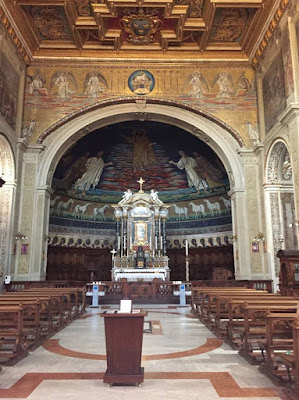 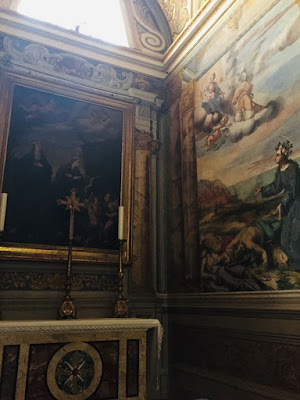 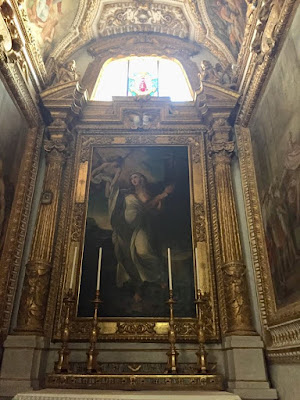