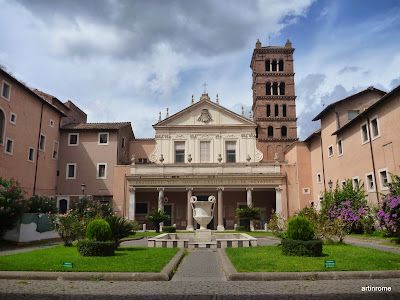 The church is dedicated to third century martyr, Cecilia, patron saint of Musicians, whose house was thought to have been on this site.

The church interior is decorated in white with gold stucco. The nave ceiling vault shows the Coronation of St Cecilia in Heaven and was painted by Sebastiano Conca around 1727.
On the right and left aisles are altarpieces by Giuseppe Ghezzi, Giovanni Baglione and Giuseppe Cesari.
The Chapel of the Bath leads off from the right hand aisle and holds a tondo of the Marriage of Saints Cecilia and Valerian and an altarpiece of the Beheading of Saint Cecilia by Guido Reni from 1603.

A miraculous discovery was made in 1599 during a restoration of the church interior for the Holy Year of 1600. When the shrine belonging to Saint Cecilia was being redesigned her tomb was opened, inside was her incorrupted body.
Stefano Maderno based his sculpture of Santa Cecilia in the sanctuary on what was documented when the body was found.

The entrance to the underground crypt is at the rear of the left aisle and guide books can be bought here.

The first know church was built here in the 9th century to hold the relics of saints moved here from the catacombs. 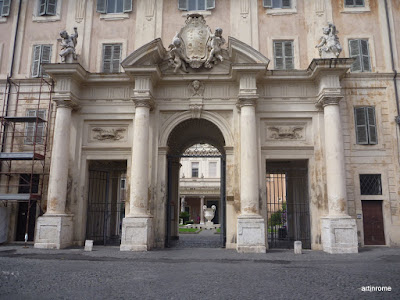 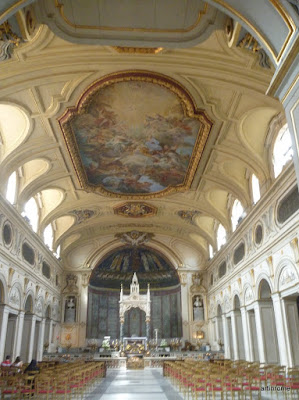 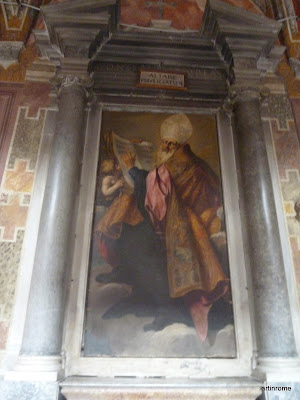 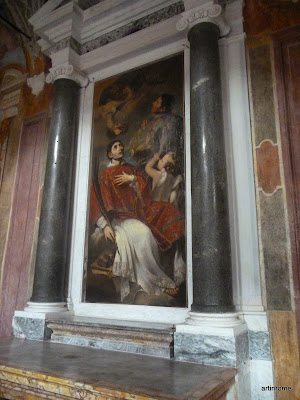