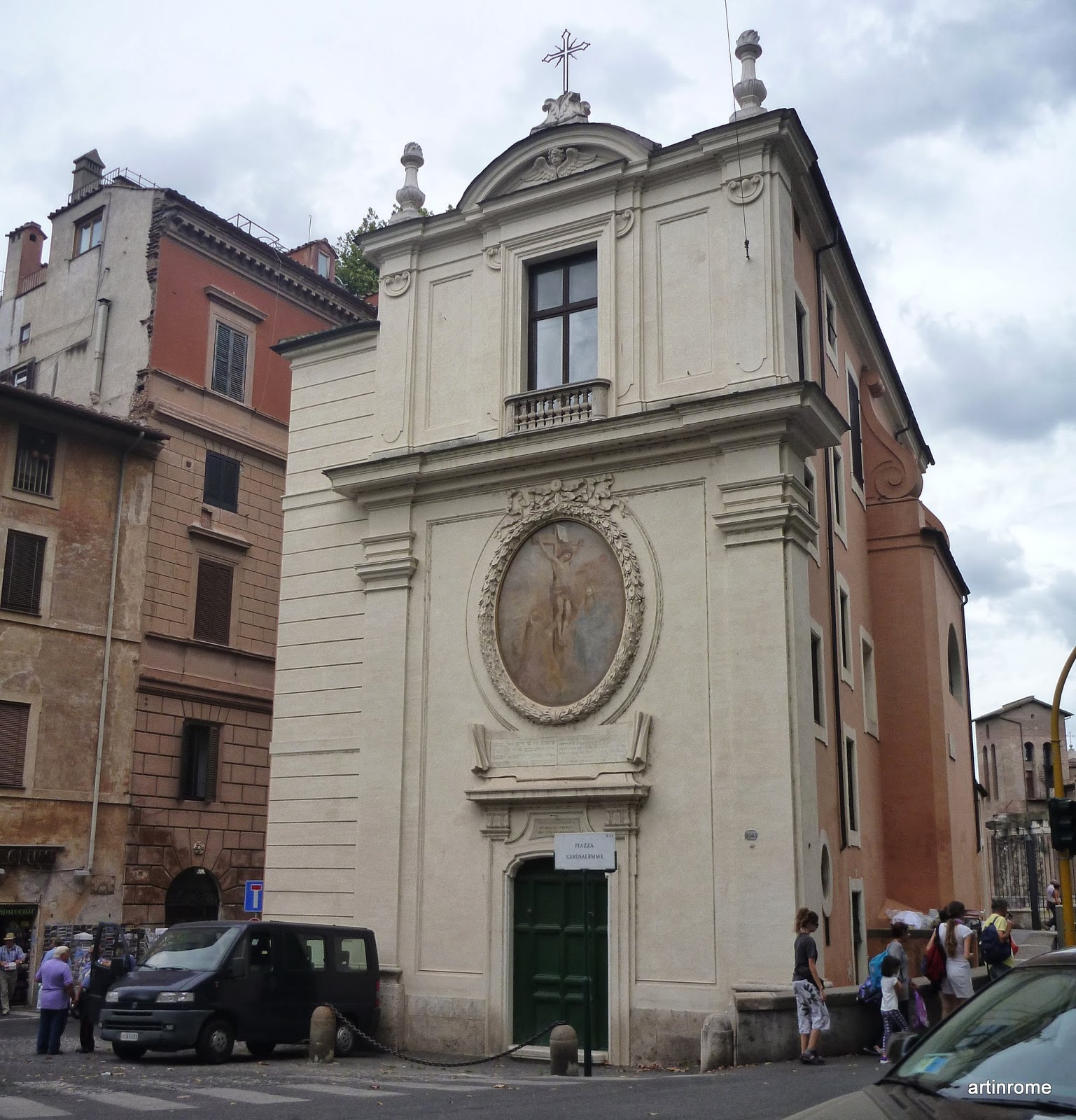 where: Piazza di Monte Savello
getting there: near Ponte Fabricio and the Jewish Ghetto
open: times not available


This small church is from the 12th century built on what was thought to be the birthplace of Saint Gregory the Great. It is also known as San Gregorio della Divina Pietà or San Gregorio a Ponte Quattro Capi.
In the 16th century, when the Jews of Rome were forced into the Ghetto by Pope Paul IV, one of the gates to the Jewish Ghetto was next door to the church, the church was then used as a place where compulsory sermons were to be attended.
The church was completely rebuilt in 1729 with the facade and oval painting depicting the Crucifixion with St Gregory kneeling, it then belonged to the congregation responsible for the protection of families from the aristocracy who had fallen on hard times. The interior was later redesigned in 1858 with frescoes by Giuseppe Serini.