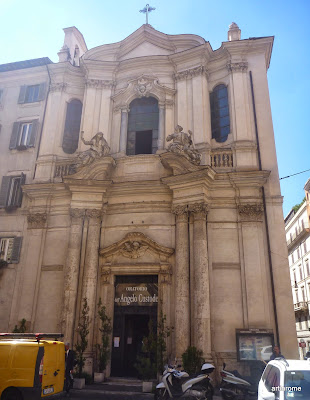 In the little Piazza Poli on the Via del Tritone, is the Oratorio dell'Angelo Custode.
This church, not far from the Corso, was originally named the Oratorio della Santissimo Sacramento al Tritone, but recently has been retitled, in memory of a demolished church nearby that was dedicated to the Guardian Angels.

The large canvas altarpiece at the main altar depicting the Holy Family, is by late Baroque artist Francesco Trevisani. 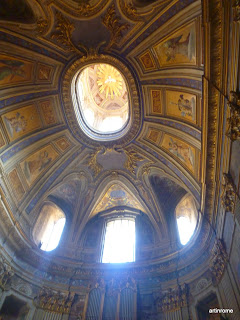