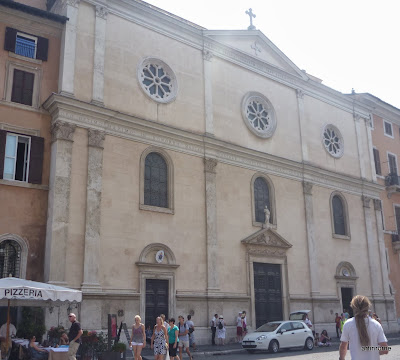 I found this often overlooked and tranquil church in Piazza Navona near the Fontana del Moro at the south end of the piazza, so while most people are sightseeing at the popular Fontana dei Quattro Fiumi by Bernini, and the church of Sant'Agnes in Agone, this little church is worthy of a visit also.

The church was originally named San Giacomo degli Spagnoli and was built in 1450 over the ruins of the Stadium of Domitian.
It was dedicated to Saint James the Great, patron saint of Spain.

During Napoleon's occupation of Rome the church was looted. When peace was restored many of the art works, some by Perino del Vaga, Cesare Nebbia and Annibale Carracci, were transferred to Spain and some, taken to Santa Maria in Monserrato, the other church of the Spaniards in Rome.

The church's name was later changed to Nostra Signora del Sacro Cuore – meaning Our Lady of the Sacred Heart. 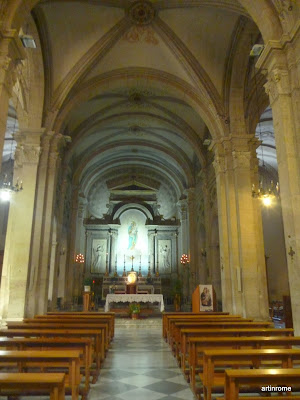