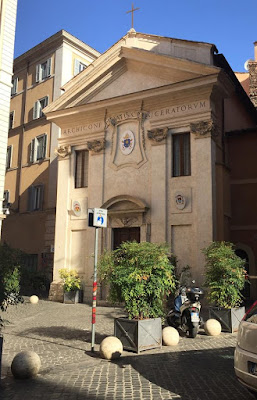 Not far from the Corso Vittorio Emanuele is the little church of San Giovanni della Pigna.
The church took its name from the first or second century giant bronze pine-cone that was once the centrepiece of an ancient fountain that stood somewhere in this area (the pine cone sculpture, moved in the 17th century, now stands in the Belvedere Courtyard in the Vatican).
During the time of the pine-cone's removal the 10th century church was completely rebuilt and rededicated to Saint John the Baptist.
The altarpiece of Saint John the Baptist in the Desert at the high altar, dates from the rebuilding of the church and was by Baldassare Croce.
There is also a fresco of the Pietà attributed to Luigi Garzi dating from the 18th century. 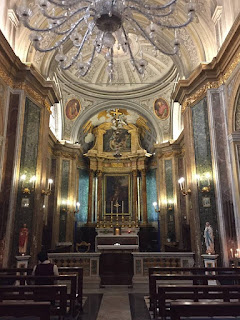 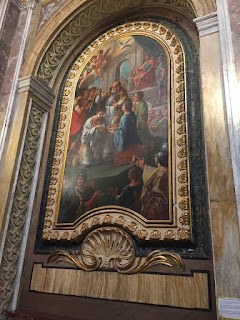 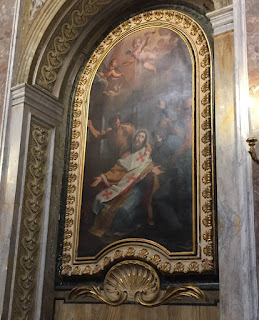 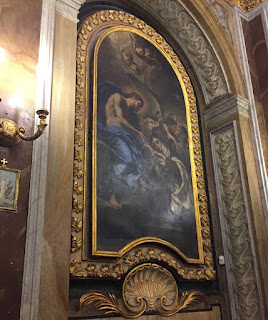