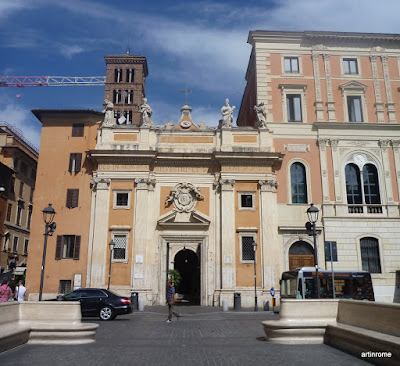 where: Piazza di San Silvestro
getting there: from Via del Corso onto Via di San Claudio and across the piazza
open: 7:00-12:00 and afternoon

One street behind Via del Corso in the large Piazza di San Silvestro is the one of the most important examples of the late Baroque, the church of San Silvestro in Capite.
The church was built in 1591 to the designs of Francesco da Volterra on the site of a previous church dedicated to Pope Sylvester and named in Capite with the claim that it held the relic of the head of John the Baptist.

Passing through the doorway of the later addition facade you can see on the courtyard wall fragments excavated during a church restoration in the 20th century. These pieces of marble and stone date back to early Christian and pagan times.

The interior of the church is rather dark and the stucco and fresco walls now look a little shabby, but during the Baroque era the church was decorated by leading artists of the day, many who were followers of Caravaggio.

The high altar canopy was added in 1667 by Carlo Rainaldi.


The nave dome and pendentives were decorated by Cristoforo Roncalli.
The nave vault frescoes of the Assumption by Giacinto Brandi date from the 17th century.

Saint John the Baptist's head resides in the first chapel on the left. 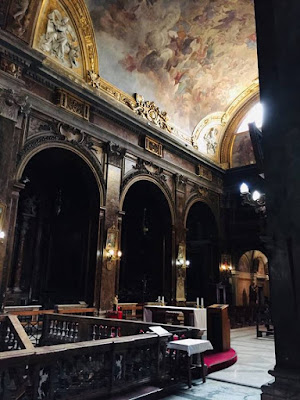 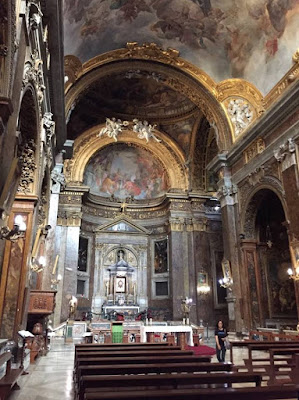