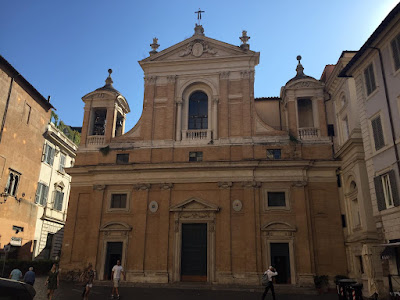 where: Piazza Capranica
getting there: short walk from the Pantheon Via delle Colonnelle
open: 7:00–11:30 and 16:45–19:45
Santa Maria in Aquiro has origins dating back to the 5th century. It was rebuilt during the 8th or 9th century, then in the 16th century the church was rebuilt and the interior redesigned.
The church belonged to Confraternity of Orphans and was connected to the orphanage for boys next door.
In 1845 fire damaged the interior, the work to restore the decoration of the inside was commissioned to Cesare Mariani.

The church has a 14th century painting in the apse attributed to the school of Pietro Cavallini depicting the Madonna and Child with Saint Stephen.

Two chapels in the church were decorated by followers of Caravaggio;

In the second chapel on the left are three canvases the Deposition from the Cross, Crowning with the Crown of Thorns and Flagellation of Christ attributed to French Baroque painter Trophime Bigot who was active in Rome.

In the third chapel on the right is a canvas by Carlo Saraceni depicting the Virgin and Saints dating from 1619. 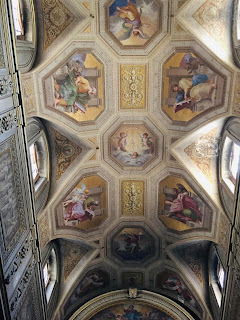 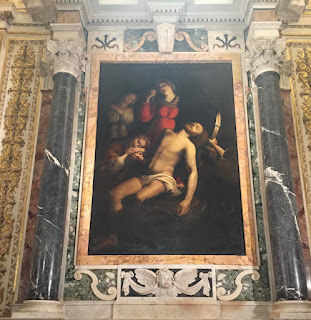