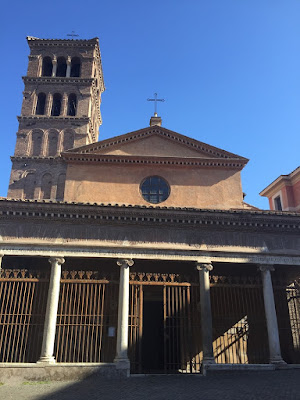 where: Via del Velabro, 19 Ripa
getting there: bus 170 from Termini and a short walk from the Mouth of Truth (Santa Maria in Cosmedin)
open: daily/mornings

San Giorgio in Velabro is an ancient church under the Palatine Hill dating to the 7th century. It was thought to have been built on the spot where the She-wolf rescued Romulus and Remus and is situated next to the triumphal Arch of Janus.
The church underwent many restorations and changes over the centuries but in the early 20th century the church was finally returned to its original plan and the 13th century apse fresco attributed to Pietro Cavallini was uncovered.
In 1993 the church was heavily damaged by a car bomb that was detonated outside the church blasting a hole through the church wall and damaging the portico. The church was restored by the Italian government. 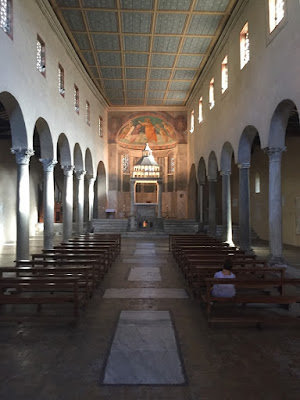