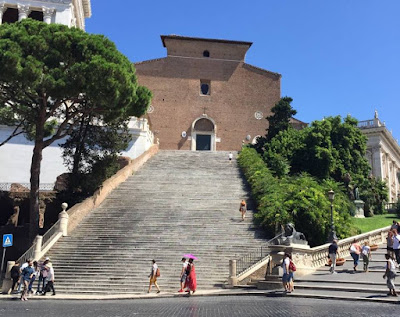 where: Via del Teatro di Marcello/Campidoglio
getting there: bus #64 to the Piazza Venezia stop
— don't make the mistake I did by climbing the 124 steps up to the church (unless you want to increase your odds of winning the National Italian Lottery by climbing the stairs on your knees!) on the left,  just behind the Capitoline Museum's Palazzo Nuovo is a short set of stairs leading to the side entrance of the church
open: daily 9:00-17:30

Santa Maria in Arecoeli is a Basilica on the Capitoline Hill dating to the 12th century.
The one hundred and twenty four steps leading up to the church were built in 1348 to give thanks for Rome's deliverance from the plague.
Although the facade of the church was not completed, the interior of the church holds treasures from the Romanesque to the Baroque. 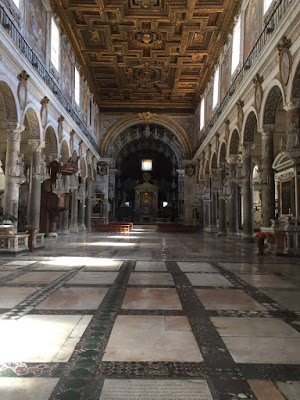 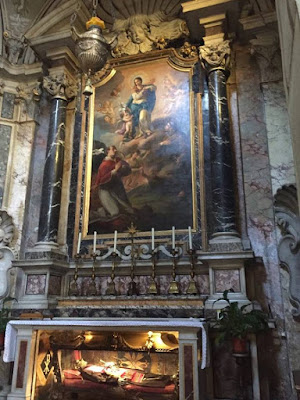 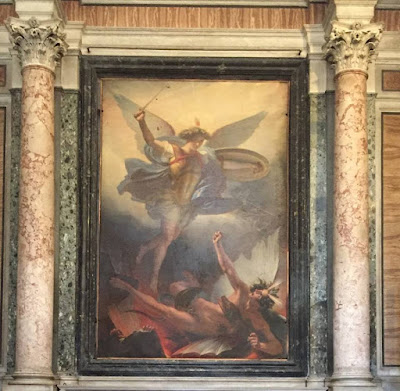