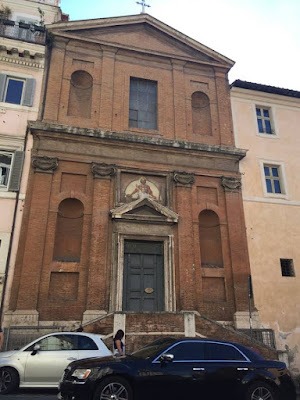 where: Via Francesco Crispi, 24
getting there: metro - lineaA/Barberini
open: mornings


The building of San Giuseppe a Capo le Case dates to the 17th century. Early in the 19th century the church was stripped of its artwork and deconsecrated.
In 1936 the church was given to a confraternity who re-blessed the church and restored and redecorated the church interior.
The Galleria Comunale d'Arte Modern, Rome's museum of modern and contemporary art is next door in what was formerly the monastery.