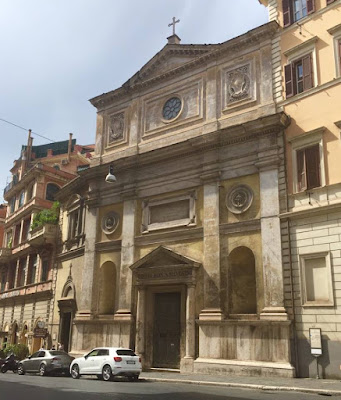 where: Via XXIV Maggio, 10/ near Piazza del Quirinale 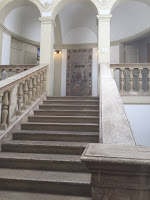 The entry to the church is by a door in the building on the left and not through the church door itself. Climb the imposing two flights of stairs until you come to the true entrance which opens onto the left hand side of the nave. You will then find yourself in a beautifully decorated space filled with paintings, frescoes and marbles from the late Renaissance and Mannerist periods.


As the church was close-by to the Quirinale Palace it became a popular place of worship for the papacy during the times when a pope resided there. Many cardinals and church members financed the decorations inside.

The Sanctuary vault was sumptuously decorated in 1601 with cherubs by brothers Giovanni and Cherubino Alberti, included are the coats of arms of popes Pius V and Clement VIII.

The first chapel right (Chapel of Saint Sylvester), holds an altarpiece, Pope Sylvester Baptizing the Emperor Constantine (1610) by Avanzino Nucci.
The second chapel right, has an icon of the Madonna della Catena from the 13th century which is surrounded by a painting showing Pope Pius V and Cardinal Carafa in prayer by Giacinto Gimignani (1646), the side wall paintings are by Cesare Nebbia.
In the chapel of the Holy Theatines there is an altarpiece of Saints Cajetan and Andrew Avellino by Antonio Alberti from 1630.
At the left of the Sanctuary is the octagonal Capella Bandini. The very large altarpiece of The Assumption of Mary is by Scipione Pulzone. The stucco work in the chapel is by Alessandro Algardi and the four oval pentendives are by Domenichino.

The church doesn't seem to be open very often, but if you happen to walk past and the door is open it is well worth a visit. 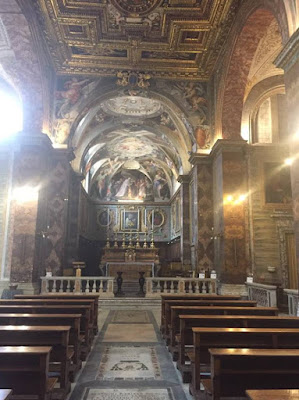 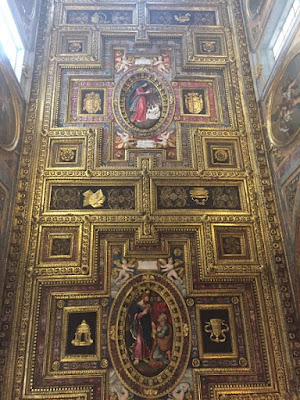 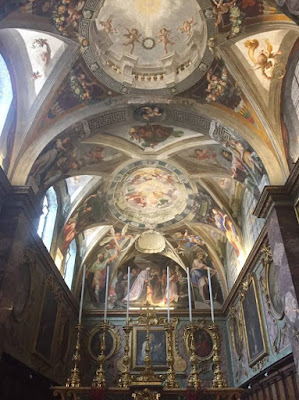 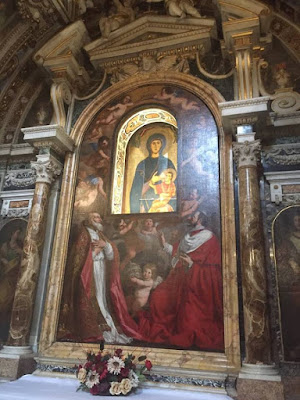 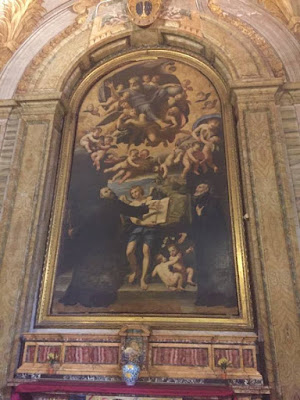 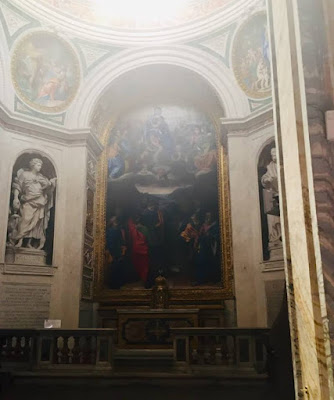