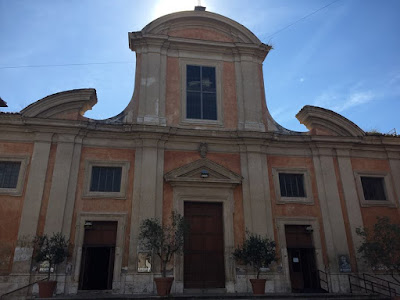 getting there: tram stop Mastai on Viale di Trastevere, left onto Via di San Francesco a Ripa
information: the cell of Saint Francis has been preserved and can be visited during the opening hours of the church


The church of San Francesco a Ripa was built in the 13th century and dedicated to Saint Francis of Assisi. It was one of the first Franciscan churches in Rome, built soon after the saint's death. (The convent adjacent to the church was where Saint Francis stayed during his time visiting Rome.)

In the 17th century the church was redesigned and decorated in the rich Baroque style that can be seen today.

The church is often visited to see one Bernini's last masterpieces – the funerary statue of the Blessed Ludovica Albertoni. The white marble figure in the Paluzzi-Albertoni chapel was carved in 1675 and shows the saint reclining in ecstasy.
Above Bernini's statue surrounded by a golden frame, is the altarpiece of St Anne, the Virgin and Child by one of my favourite artists,  il Baccicio. 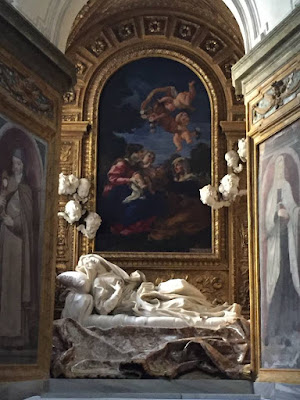 Situated in the third chapel on the left is a copy of Guido Reni's Saint Michael. (The original hangs in situ in Santa Maria della Concezione dei Cappuccini.) The painting was recreated by Carlo Cignani and replaced the altarpiece of the Pietà by Annibale Carracci – the original was stolen and taken to France during Napoleon's occupation of Rome and is now in the Louvre in Paris. 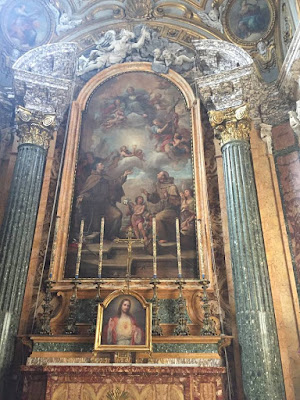 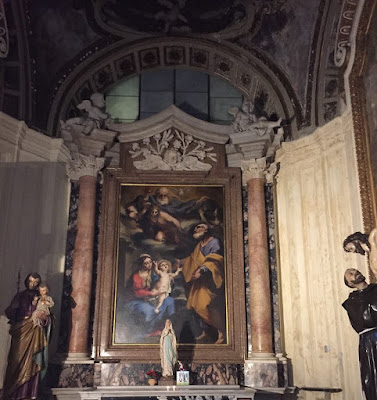 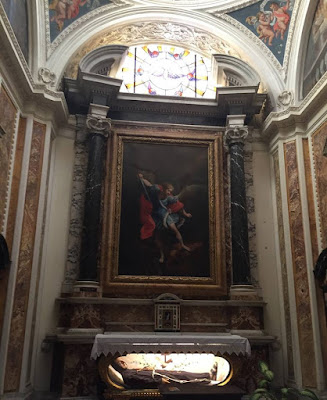 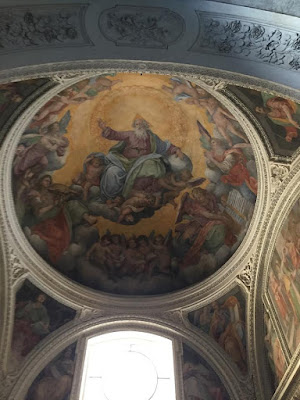 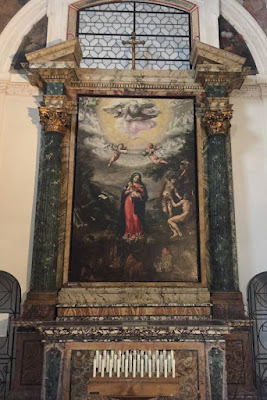