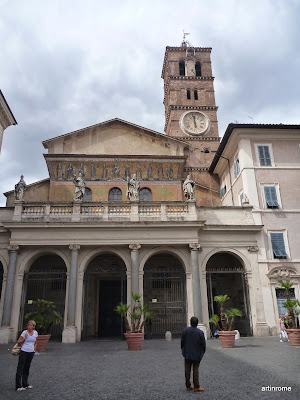 where: Piazza Santa Maria in Trastevere
getting there: short walk from the Porta Settimiana
open: 8:00-20:00 daily


The minor basilica of Santa Maria in Trastevere is said to be one of the oldest churches built in Rome dedicated to the Virgin Mary.
Dating from the 4th century it is also one of the first churches that openly celebrated mass during this time.
The church was restored in the 5th and 8th centuries. In 1140 Pope Innocent II ordered the demolition of the church and removal of the tomb of the anti-pope Anacletus II. He then commissioned the church to be rebuilt using twenty-two granite columns thought to be from the Baths of Caracalla.
The facade mosaics are attributed to Pietro Cavallini.
The apse is decorated by mosaics from the 12 century and the 13th century mosaic panels are also by Pietro Cavallini.
The apse ceiling panels depicting the Assumption of the Virgin were by Domenichino and date to 1617. 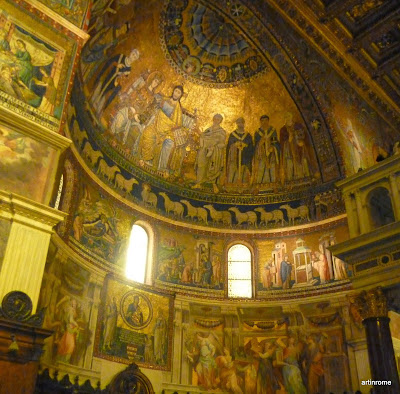 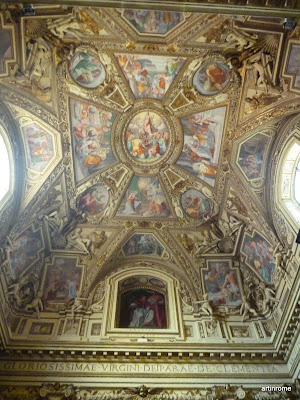