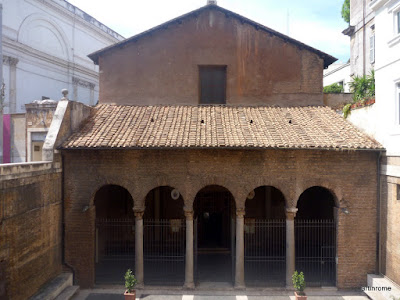 
Walking along Via Nazionale we almost missed the church of San Vitale as it stands below street level and  down a steep flight of stairs that were built in 1853.
The ancient church of  Santi Vitale e Compagni Martiri in Fovea was first consecrated in the 5th century and dedicated to the martyred saints Vitalis and his wife Valeria who died in the 2nd century.
The church has been restored many times with the final rebuilding commissioned by Pope Sixtus IV around 1475.
The church has a single nave and around the walls are frescoes with scenes of the martyrdom of the saints by Tarquinio Ligustri from 1603.
In the sanctuary apse is the Ascent to Calvary by Andrea Commodi and frescoes by Agostino Ciampelli of the Torture of Saint Vitalis.
The trompe l'oeil columns around the walls date from the early 17th century. 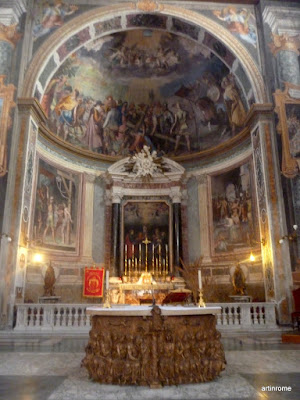 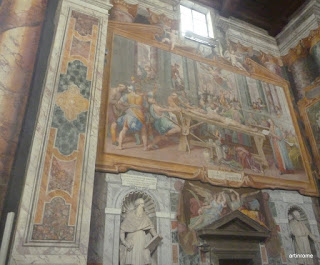 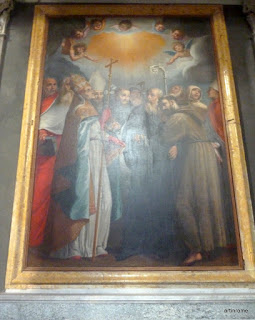