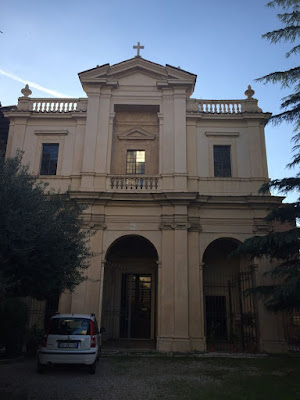 where: Via Giovanni Giolitti, 154

getting there: metro - linea A/Vittorio Emanuele + 5 minute walk to Santa Bibiana (or it takes about 15 minutes to walk from Termini train station to the church)

The Baroque church of Santa Bibiana was commissioned by Barberini Pope Urban VIII and designed by Gianlorenzo Bernini in 1624 for the Jubilee year of 1625.
A church has been noted on this site from the 5th century and legend has it that it was built on the family home of Bibiana, a Roman virgin and martyr, who was tied to a column and lashed to death in the 4th century.
Once in the countryside, the church now stands in front of the train tracks that lead to the Termini Station. It's a bit of a hike to get to the church, but hopefully once you get there it will be open and worthwhile a visit to see Bernini's marble statue at the main altar of Saint Bibiana (holding the palm leaf of martyrs) completed in time for the the Holy Year of 1625.
For the same Jubilee Pietro da Cortona and Agostino Ciampelli were commissioned to decorate the walls of the nave with scenes of the life and martyrdom of Saint Bibiana and her family. Both artists incorporated the three bees of the Barberini family crest into their designs, the right wall decorated by Ciampelli and the left wall by da Cortona.

(In 2018 the statue of Saint Bibiana was loaned to the Galleria Borghese for a Bernini exhibition, the sculpture was damaged and lost a finger while being returned to the church, but is now restored.) 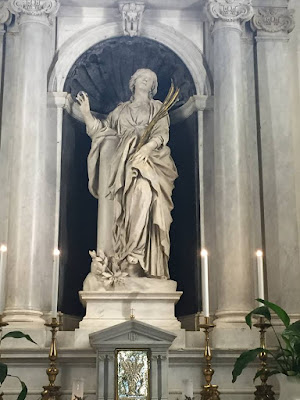 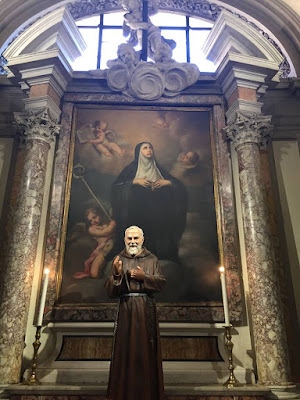 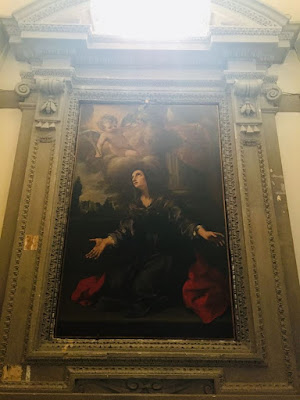