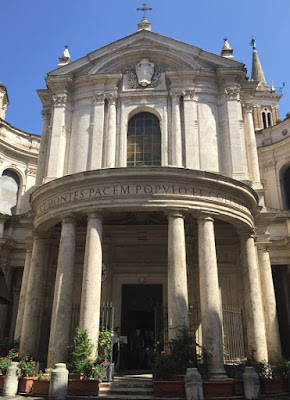 where: Piazza Santa Maria della Pace
open: 9:00-12:00
getting there: behind Piazza Navona to Via della Pace

The inside of the church is beautifully decorated with statues and frescoes.
The Chigi Chapel was decorated by Raphael in 1514. Commissioned by Agostino Chigi, one of the richest men in Rome at the time, Raphael frescoed the chapel from 1514 to 1515 with the group of four Sybils.
The church was restored in 1656 by Pietro da Cortona who was employed by Pope Alexander VII Chigi to remodel the square and church.
In the Cappella Benigni is an altarpiece by Giuseppe Cesari.
The church also is decorated with  paintings by Carlo Maratta, Orazio Gentileschi and Francesco Albani. 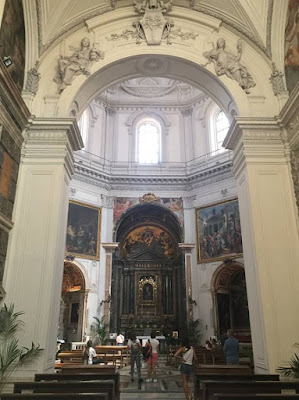 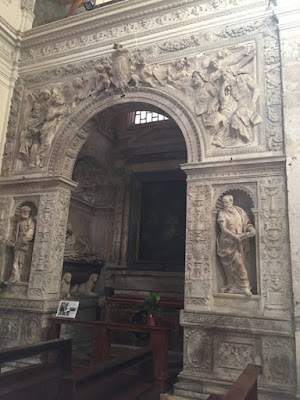