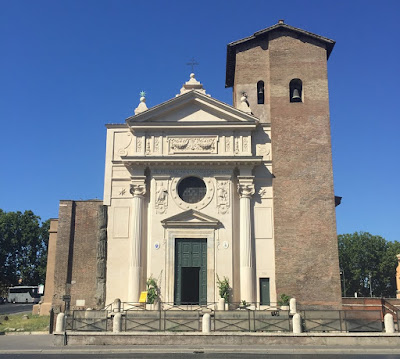 
San Nicola in Carcere is a Medieval church dating back to the 7th century. It was built around three ancient Roman temples which sat in the marketplace and are visible on the church exterior walls.
The church was dedicated to Saint Nicolas, bishop of Bari and Carcere for the prison that sat in the area in the time of the early Roman Republic.
In 1599 Cardinal Pietro Aldobrandini, nephew to Pope Clement VIII restored the church and added into the facade stars which were the heraldry of the Aldobrandini family.
The church was redecorated again in 1865 by Pope Pius IX.

The fresco in the apse of the main altar is from the 19th century by Vincenzo Pasqualoni.
The church holds a canvas attributed to Guercino depicting the Trinity Among Angels.

The crypt below the church can be visited at a cost of €2, where you can see the ancient crypt and the bases of the old temples. 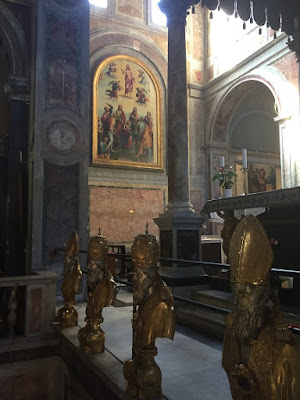 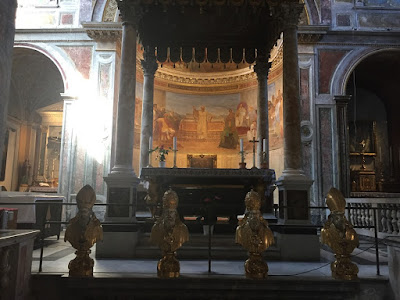 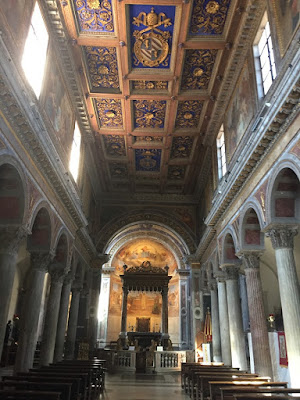