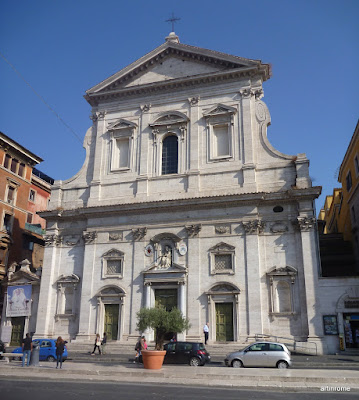 On the Via della Concilazione, the street leading to Saint Peter's Basilica, is Santa Maria in Traspontina.
It was built in 1566 by Giovanni Sallustio Peruzzi and completed in 1668 using travertine marble on the facade thought to have been stripped from the Colosseum.
inside:

The main altar was designed in 1674 by Carlo Fontana.
The first chapel on the right, dedicated to Saint Barbara, holds the altarpiece by Giuseppe Cesari of Santa Barbara from 1597.
In the fourth chapel on the right are frescoes from 1649 by Bernardino Gagliardi, and The Madonna and St John the Evangelist (1587) by Cesare Conti.

Outside to the left of the church, is the Oratorio della Dottrina Cristiana, decorated by Giovanni Conca. It  holds the Apotheosis of Saint Albert by Carlo Maratta. 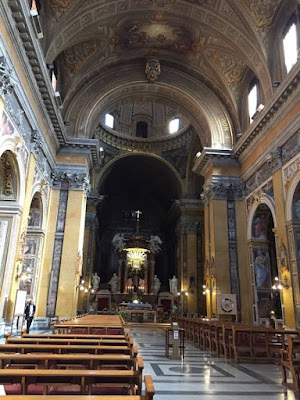