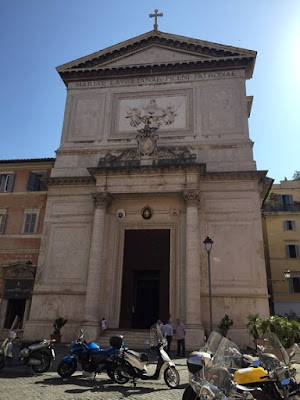 It was during the 11th century that a church was first built on the site of an ancient temple dedicated to the goddess Europa.
The present church of Saint Salvatore at the Laurels dates to the 16th century and was built after a fire destroyed the previous church that was built around 1450. The facade was completed in 1862.
The interior is a Latin cross and the dome pedentives of the Prophets are by Luigi Fontana from 1862.
In the first chapel on the right is an altarpiece of the Pietà by Giuseppe Ghezzi which dates from 1712, he also decorated the vault with God the Father and the side walls with Saint Anthony of Egypt and Saint Nicholas of Tolentino.
In the third chapel on the right, dedicated to the Nativity, is an altarpiece by Pietro da Cortona.
In the Chapel of Saint Peter, the first chapel on the left, is an altarpiece from 1624 by Antiveduto Gramatica of the Liberation of Saint Peter.
The church also holds the shrine of Our Lady of Loreto and relics of Saint Padre Pio. 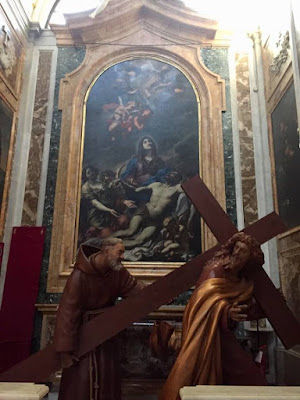 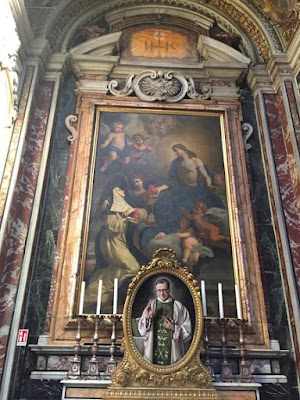 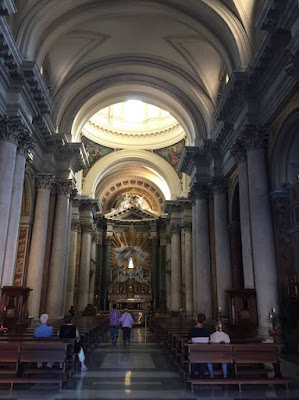