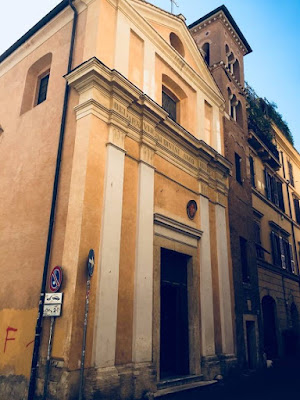 where: Vicolo del Divino Amore, 12
getting there: off the Piazza Borghese
open: mornings

A church was first built here in the 12th century and originally named for Saint Cecilia (as it was built over the house of her father). The 12th century medieval bell tower dates from the original church building.

In 1729 Pope Benedict XIII ordered the construction of a new church. The architect was Filippo Raguzzini and it was built for the guild of the mattress-makers (Confraternita die Materazzari).

The church was restored in the early 19th century, the name changed, and dedicated to the Blessed Virgin Mary.

The interior was decorated with frescoes and the ceiling vault and side walls were painted by Filippo Prosperi in the neo-Classical style. 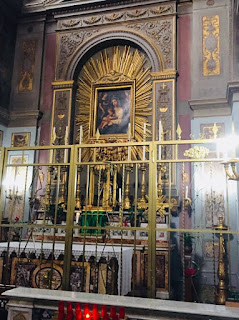 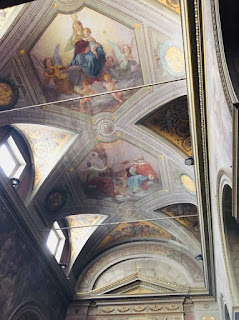