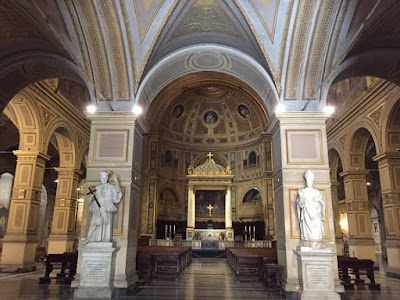 Not far from Piazza Navona is the church of San Lorenzo in Damaso. It was built into the chancellery building of the Palazzo della Cancelleria.
The entire building is under restoration but it is still possible to visit the church through the main entry in the Piazza della Cancelleria or from a side entrance from the Via Vittorio Emanuele. 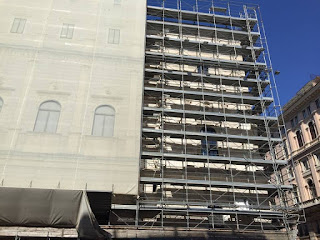 This church along with San Lorenzo in Lucina, was dedicated to the martyr Saint Lawrence, patron saint of chefs and firefighters whose legendary last words supposedly were "I'm done...turn me over!"
The church was built by Cardinal Riario, he also paid for the building of the palazzo thought to be on the site of the house of 4th century Pope Saint Damasus.
The interior was commissioned in the 16th century by the grandson of Pope Paul III, Cardinal Alessandro Farnese, cardinal of the church and palace resident.
Inside near the entrance is a sculpture of a winged skeleton designed by Bernini in 1639 as a memorial for a minister of Pope Urban VIII.
At the main altar is the canvas Saints and Coronation of Mary by Federico Zuccari.
In a chapel on the right is the ceiling fresco by Corrado Giaquinto of the Glory of San Nicola and the Virgin with saints Filippo, Neri and Nicolò by Sebastiano Conca.
In the chapel near the sacristy is the altarpiece by il Pomerancio (Nicolò Circignani) and two silver statues by Ciro Ferri of saints Lorenzo and Damaso.
The chapel of Santissima Concezione was frescoed by Pietro da Cortona between 1635 and 1638.
During the occupation of Rome by the French in 1799 the church was used as a stable by French troops and the church has also been restored after fire in 1944. 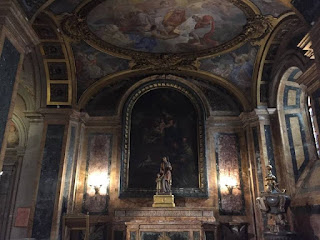 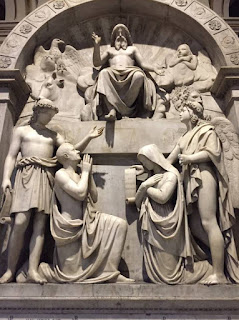 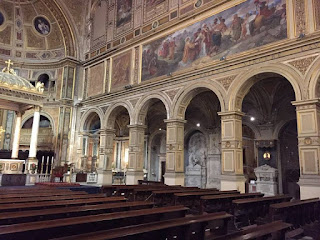 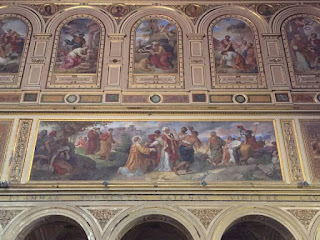 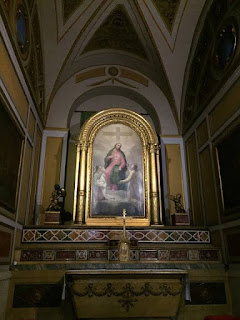 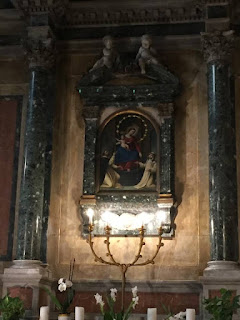