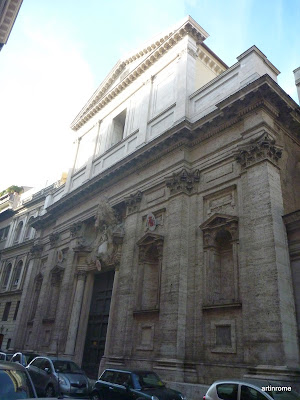 
The Baroque church of Santa Maria in Monserrato degli Spagnoli was dedicated to the Virgin of Montserrat and is the nation church of Spain.
Construction of the church first began in 1518 with support from the notorious Borgia Pope, Alexander VI, but because of the pope's unpopularity problems raising funds for the church occurred and it took many years to be completed. The church was finally consecrated in 1594.
The Borgia Pope is buried here in the first altar on the right after his body was removed from Saint Peters.
The church was restored in the early 19th century and at this time another smaller Spanish church, San Giacomo degli Spagnoli (now Nostra Signora del Sacro Cuore in the Piazza Navona) was absorbed along with many of its artworks.
The large altarpiece in the sanctuary depicts the Crucifixion by Sermoneta.
In the first chapel on the right is an altarpiece by Annibale Carracci taken from San Giacomo degli Spagnoli. It is here that the two Borgia popes Callixtus and his nephew, Alexander VI are entombed. 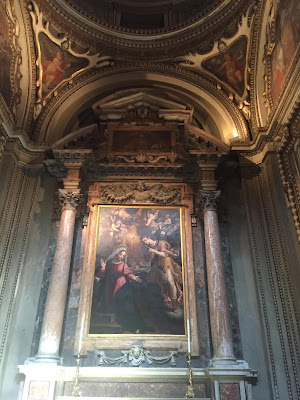 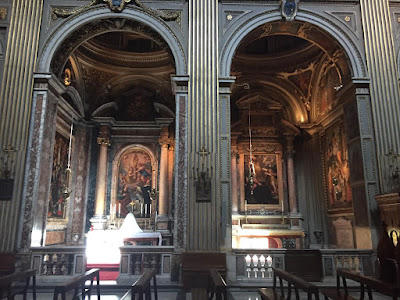