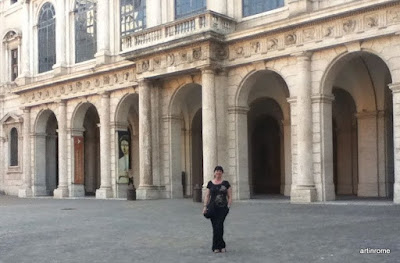 where: Via delle Quattro Fontane, 13
getting there: nearest metro stop - Linea A Barberini
open: 8:30-19:00, closed Mondays, Christmas Day, New Year's Day
cost: €12 (includes ticket for Galleria Corsini, valid for 10 days)
information: most bags must be stored in the lockers near the ticket office (€1 deposit)
guide books can be bought in the bookshop and audio-guides are available in English, Italian and French


I absolutely love this National Gallery in the Palazzo Barberini and spent hours wandering around the art works – and a lot of that time staring up at Pietro da Cortona's enormous ceiling fresco in the large salon of the Triumph of Divine Providence. 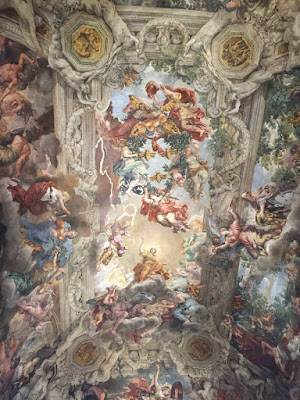 Some of the many highlights for me here in the gallery were Raphael's the Fornarina, Guido Reni's Saint Mary Magdalene, and the Portrait of Beatrice Cenci attributed to him, Giovanni Lanfranco's Saint Ursula and of course, Caravaggio's Judith beheading Holofernes, and the Narcissus.
Palazzo Barberini was commissioned in the 17th century when Maffeo Barberini became Pope Urban VIII in 1623. The palace was designed by Carlo Maderno and incorporated the Palazzo Sforza which was originally on the site. After Maderno's death in 1629 Bernini directed the project.
Palazzo Barberini holds the national collection of paintings from the 13th to the 18th century and the rooms show the collection in chronological order. 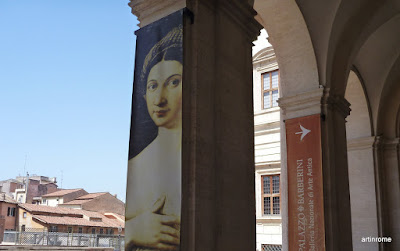 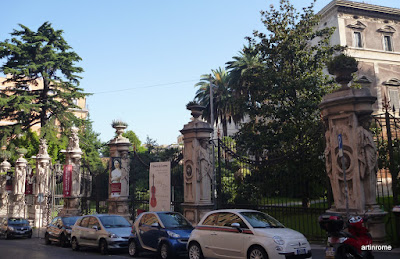