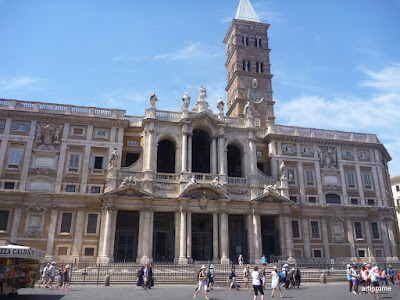 where: Piazza Santa Maria Maggiore
getting there: a short walk from the Termini train station
open: 7:00-19:00 daily
information: toilets are available on the outside of the church


The Basilica of Santa Maria Maggiore was founded in the 4th century on the summit of the Esquilino Hill.
Dedicated to the Blessed Virgin Mary, it is one of the four papal basilicas in Rome along with San Giovanni in Laterano, Saint Peter's, and San Paolo Fuori le Mura.
The church was restored and enlarged by many popes over the centuries but the original structure inside was retained.
The church was again renovated in the 18th century, most of the interior decorations and the remodeling of the facade date from this time.
inside:
The church holds 5th century mosaics of the Old Testament and also the 13th century mosaics by friar Giuliano Torriti in the apse.
The church has one of the oldest icons of the Virgin and Child, (Salus Populi Romani), although suggested to have been painted by Saint Luke, it is known to be over one thousand years old.
The frescoes in the sacristy are by Passignano and Giuseppe Puglia.
The Pauline Chapel has a strict NO photography policy. The frescoes are by Guido Reni, Giuseppe Cesari and Giovanni Lanfranco.
The church interior decorations completed in 1580 are by a team of artists directed by Cesare Nebbia and Giovanni Guerra. 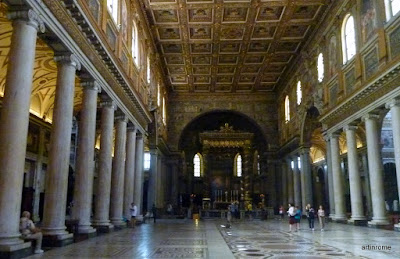 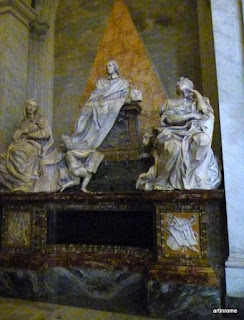 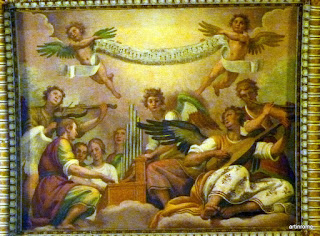